Welcome to Merveilleuse Élodie Yung, your first source dedicated to the talented Elodie Yung. She is best known for her various roles in film and television like G.I. Joe: Retaliation (2013) , Gods of Egypt (2016) and for her markable role as Elektra Natchios in the 2nd Season of the Marvel Netflix series Daredevil (2016) and the Netflix miniseries The Defenders (2017). I aim to bring you the latest news and photos of Élodie Yung! Thank you for visiting the site, and come back soon for the latest updates ♥ .
Published on In
daredevil elektra

We know that the upcoming second season of Marvel’s Daredevil will introduce Elodie Yung as Elektra, one of the original comic book’s most popular characters. EW just dropped our first look photo of the Netflix series’ mercenary assassin — albeit without any weapons or her signature scarlet costume.

Elektra is described as “a mysterious woman from Matt Murdock’s past whose dangerous and exotic ways may be more than he can handle.” The first season of Daredevil made reference to a certain “Greek girl” in a flashback scene, which fans recognized as a likely nod to Elektra. 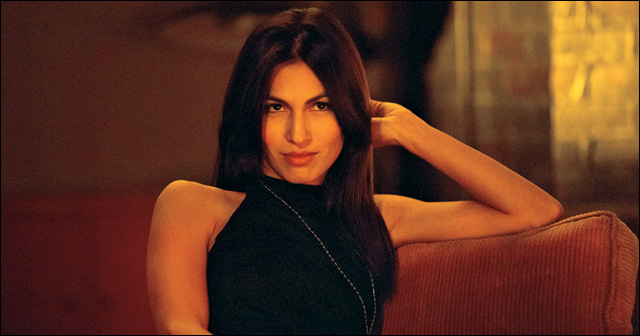 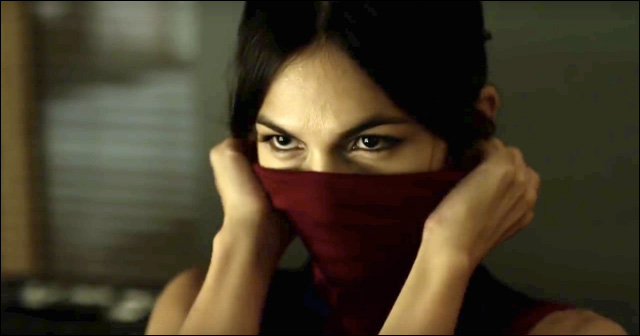 Here’s also another glimpse of Elektra from a previously released season two trailer:

Created by Frank Miller in 1981, Elektra Natchios first appeared in Daredevil #168. In addition to being one of Daredevil’s fan-favorite romantic interests, she is a deadly sai-wielding ninja assassin. Jennifer Garner played the character in the 2003 movie version of Daredevil, and reprised the role for the 2005 spinoff Elektra.

Season two of Marvel’s Daredevil will premiere on Netflix in 2016.

How Élodie Yung walked away with Daredevil Season 2

THE DEFENDERS New promo: The Return of Elodie Yung as Evil Elektra

This is an unofficial, non-profit fansite. We have no official affiliation with Elodie. All copyright is to their respective owners. No copyright infringement ever intended.

Merveilleuse Élodie Yung is a non-profit fansite, made by a fan for fans of Élodie. We are in no way affiliated with Élodie Yung nor any of her family, friends and representative. We do not claim ownership of any photos in the gallery, all images are being used under Fair Copyright Law 107 and belong to their rightful owners. All other content and graphics are copyrighted to elodie-yung.com unless otherwise stated. If you would like any media removed please contact us before taking legal action.

You can find out more about which cookies we are using or switch them off in settings.

This website uses cookies so that we can provide you with the best user experience possible. Cookie information is stored in your browser and performs functions such as recognising you when you return to our website and helping our team to understand which sections of the website you find most interesting and useful.

Strictly Necessary Cookie should be enabled at all times so that we can save your preferences for cookie settings.

If you disable this cookie, we will not be able to save your preferences. This means that every time you visit this website you will need to enable or disable cookies again.